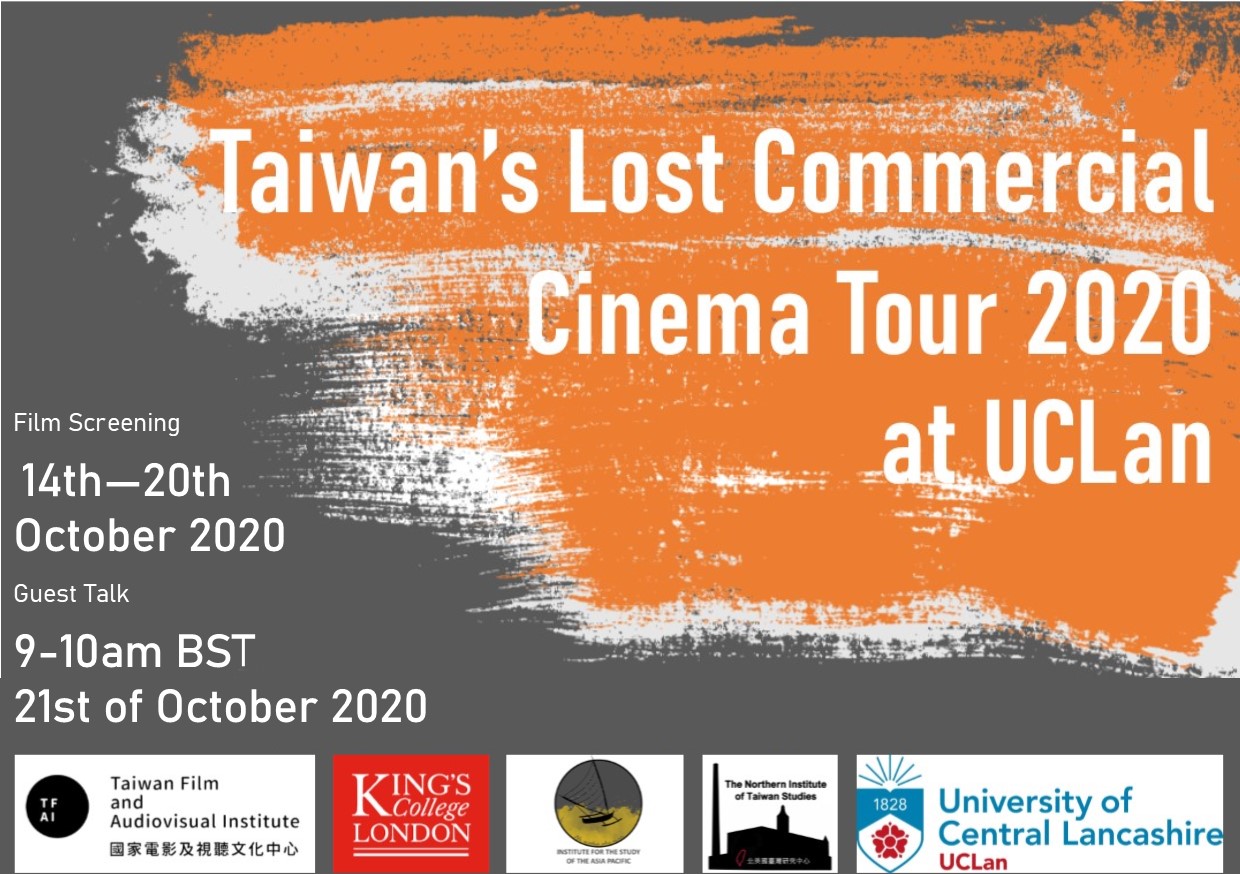 Posted at 17:00h in Event, NorITS, Uncategorized by Rowann Fitzpatrick

Bringing Taiwan Films to the UK! The University of Central Lancashire (UCLan)’s Northern Institute of Taiwan Studies (NorITS) is working with the Taiwan Film and Audiovisual Institute and King’s College London to bring Taiwan Language Cinema to the UK as part of the 2020 “Taiwan’s Lost Commercial Cinema tour”.

UCLan has chosen to screen 2 long films and 1 one short film, accompanied by a special guest talk by Dr Ming-Yeh Rawnsley:

Synopsis: Tenn Kong-Hui is a private eye. Kong-Hui’s ex-lover, Tai-Giok, is a personal assistant to a steel company’s chairman. By spying on Tai-Giok, Kong-Hui discovers many dirty secrets of the people who work at the steel company and decides to blackmail each one of them. When Kong-hui is found dead in his apartment one day, the police detective identifies five suspects. However, as the detective digs further into their stories, he finds that all of them have alibis. Just when the investigation seems to hit a dead end, a sixth suspect suddenly emerges…

Synopsis: Tsibing is a wealthy and successful modern man. A member of the new middle class, he goes to work in a suit, has a wife and three children, and can afford a nanny for the kids. However, he also has a mistress. She conspires with her lover to manipulate Tsibing into believing that his wife is having an affair. When he finds a man’s boxer shorts in his wife’s bed, he throws her out.

However, Tsibing’s mistress vanishes with all his money, and a downward spiral begins. Forced to relocate to a slum with his three children, he takes on a labouring job and tries to keep his children in school. Although everything seems to go wrong, help comes from unexpected quarters. Tsibing’s eldest child, a daughter, secretly takes on various jobs to keep the family afloat, including selling the eponymous rice dumplings. And his comical but kindly working-class neighbours challenge Tsibing’s middle-class prejudices by consistently supporting Tsibing’s and his daughter’s efforts. Will the family find a way out? Will the villains be caught and punished? Will Tsibing realise that he has misjudged his wife? Will anyone Buy a rice dumpling?

Synopsis: Having finally paid off her family debt at the age of 42, Xiuzhen goes to the station, ready to embark on a new life. But she finds herself mysteriously unable to leave. She takes a reading with a spiritual medium. Gradually, Xiuzhen realises that the black-and-white images that haunt her and her relationship with her farther are part of a past life…

To watch these films, register to receive a free ticket though Eventbrite. A code will be emailed to you to watch any of the above films anytime you like between the dates of 14th-20th October 2020!

“Politics of the everyday: Taiwanese-language cinema of the 1950s–1960s”

Dr Ming-Yeh Rawnsley will further address the social and cultural values of Taiwanese language cinema (or Hoklo topolect films, taiyupian) of the 1950s and the 1960s. Through plot design and onscreen solutions to family crises, the films revealed the struggle of their makers and their intended audiences to reconcile different sets of conflicting values in a changing society.

Register on Eventbrite to receive a reminder email notification or Join us on Microsoft Teams on the day. 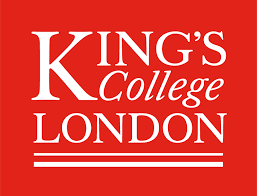 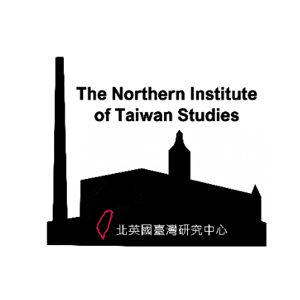