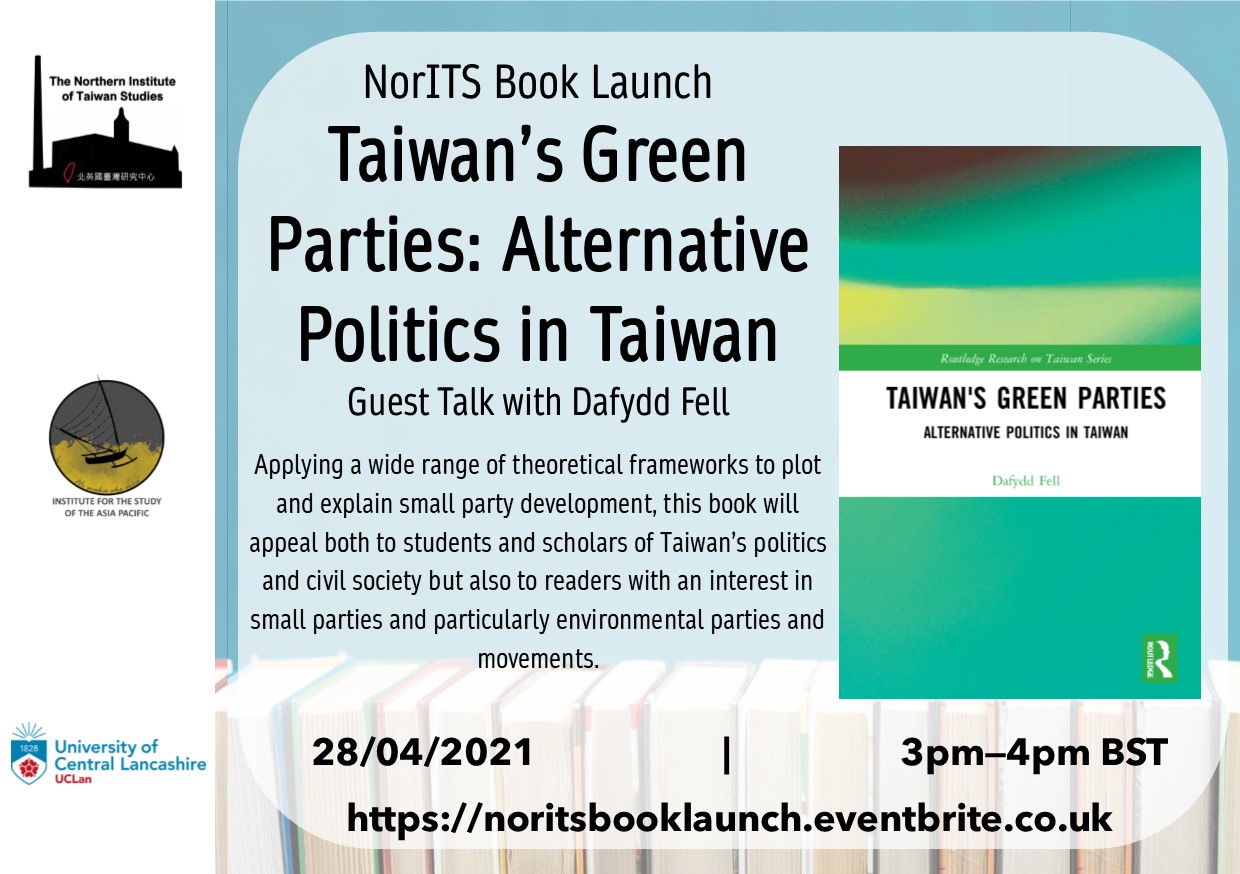 Posted at 15:17h in Event, NorITS, Uncategorized by Rowann Fitzpatrick

Join us on the 28th April 2021 to discuss recent Book: ‘Taiwan’s Green Parties: Alternative Politics in Taiwan’ with Author Dr Dafydd Fell. The Talk will run from 3:00pm-4:00pm BST.

Register your place on Eventbrite: https://noritsbooklaunch.eventbrite.co.uk

DAFYDD J. FELL is the Reader in Comparative Politics with special reference to Taiwan at the Department of Political and International Studies of the School of Oriental and African Studies (SOAS), University of London. He is also the Director of the SOAS Centre of Taiwan Studies. He has published numerous articles on political parties and electioneering in Taiwan. His first book was Party Politics in Taiwan (Routledge, 2005), which analyzed party change in the first fifteen years of multi-party competition. His second book was Government and Politics in Taiwan (Rouledge, 2011) and the second edition was published in early 2018. He co-edited Migration to and from Taiwan (Routledge, 2013) and his next edited volume, Social Movements in Taiwan under Ma Ying-jeou (Routledge) was published in 2017. He is also the book series editor for the Routledge Research on Taiwan Series.

Examining the Green Party Taiwan (GPT) since its establishment through the aftermath of the most recent national elections in January 2020, this book focuses on Taiwan’s most important movement party over the last two and a half decades. Despite its limited electoral impact, its leaders have played a critical role in a range of social movements, including anti-nuclear and LGBT rights campaigns.

Plotting the party’s evolution in electoral politics as well as its engagement with the global green movement, this volume analyses key patterns of party change in electoral campaign appeals, organisation and its human face. The second half of the volume concentrates on explaining both the party’s electoral impact and why the party has adjusted ideologically and organisationally over time. Based on a wide range of material collected, including focus groups, interviews and political communication data, the research relies heavily on analysis of campaign material and the voices of party activists and also considers other Green Parties, such as the splinter Trees Party and GPT-Social Democratic Alliance.

Applying a wide range of theoretical frameworks to plot and explain small party development, this book will appeal both to students and scholars of Taiwan’s politics and civil society but also to readers with an interest in small parties and particularly environmental parties and movements. 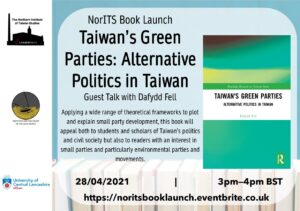